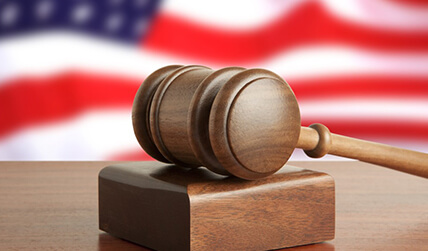 for the Federal Circuit

Appeal from the United States Patent and Trademark

an earlier-filed PCT application by the same inventor

with a nearly identical specification. The U.S. Patent and

written description to make it a priority document instead

The ’359 patent relates to an endoscope and method to

remove uterine tissue. Claims 1–3 and 5–7 are at issue in

this appeal, and independent claim 1 is representative.

Claim 1, partially reproduced below, recites a method of

using an endoscope, which includes a “permanently

affixed” “light guide” in one of two channels:

inserting a distal region of an endoscope

into said uterus, the endoscope including a

valve and an elongated member defining

from a proximal region of the elongated

member to the distal region, the second

channel having a proximal end in communication

with the valve such that fluid

from the valve is able to flow into and

through the second channel to the uterus,

and the first channel having a light guide

permanently affixed therein and being

sealed from the second channel to prevent

fluid from the valve from entering the

uterus through the first channel . . . .

The figures in the ’359 patent are relevant to understanding

reproduced below, shows the full device, including the two

claimed channels 5 and 6, one of which must have a light

guide permanently fixed inside. According to the specification,

viewing channel 6 has a lens 13 and can be connected

to a light source 8.

Figure 3, reproduced below, shows a cut-away of Figure

2, including viewing channel 6 and lens 13, and

depicts light going from the lens into the viewing channel.

Finally, Figure 1a, reproduced below, illustrates a

cross section of the endoscope shaft, including the two

The ’359 patent specification text and figures are

nearly identical to PCT International Publication No. WO

claims priority.1 After entering the national stage with

S&N filed a divisional application that later issued as the

’359 patent. An examiner objected to the application’s

drawings for not showing the “light guide” required by

then-pending claim 1 (discussed above). After an interview

with the examiner, S&N addressed the objection by

amending the specification to state: “A connection 8 for a

light source is also present, for connection to a light guide,

such as a fibre optics bundle which provides for lighting at

of the ’602 patent and Emanuel PCT are the same

for our purposes, so we focus on Emanuel PCT and its role

in the ’359 patent’s prosecution history.

With that amendment, the examiner issued the application

partes reexamination of the patent, which the PTO granted.

During reexamination, the examiner found that the

’359 patent could not claim priority to Emanuel PCT

because Emanuel PCT did not provide adequate written

description for the ’359 patent’s claims. Specifically, the

examiner reasoned that the disclosure in Emanuel PCT of

only a “fibre optics bundle” did not provide adequate

written description for the broad genus of “light guides.”

Thus, the examiner determined that the effective priority

prior art to the ’359 patent’s claims under pre-AIA

reference. S&N appealed to the Board.

The issue before the Board—and before us on appeal—

is whether Emanuel PCT, which discloses a “connection

to a fibre optics bundle which provides for lighting

at the end of lens 13,” provides sufficient written description

to support the “light guide” “permanently affixed” in

the “first channel” of the ’359 patent’s claims. See Emanuel

properly claims priority based on Emanuel PCT. If it does

not, then Emanuel PCT is prior art to the ’359 patent and

invalidates it as obvious. The Board, after briefing and

review of expert testimony, found that the disclosure in

support for the claimed “light guide,” entitling the ’359

patent to the priority date of Emanuel PCT. Accordingly,

the Board reversed the examiner’s rejections of the ’359

Hologic appeals the Board’s decision. We have jurisdiction

date determination and urges this court to reinstate the

qualify it as a priority document or is instead invalidating

prior art is a fact-finding we review for substantial evidence.

To be entitled to the priority date of the earlier-filed

what the ’359 patent claims, according to the written

2 Congress amended § 103 when it enacted the

because the application that led to the ’359 patent has

never contained (1) a claim having an effective filing date

that ever contained such a claim, the pre-AIA § 103

3 Congress also amended § 112 when it enacted the

amended version of § 112 applies only to patent applications

based on “an objective inquiry into the four corners of the

specification from the perspective of a person of ordinary

skill in the art . . . , the specification must describe an

invention understandable to that skilled artisan and show

that the inventor actually invented the invention

the test for sufficiency is whether the disclosure of the

those skilled in the art that the inventor had possession of

the claimed subject matter” as of that earlier filing date.

Id. As discussed further below, we find that this standard

As a preliminary matter, the parties do not dispute

art as a “degreed engineer having at least 5 years of

finding that the field of this invention is a predictable art,

written description requirement than for unpredictable

We affirm the Board’s reversal of the examiner’s rejection

because we find substantial evidence supports the

Board’s finding that the ’359 patent is entitled to claim

to the ’359 patent was filed before that date, pre-AIA

reasonably conveys to a person of ordinary skill that the

inventor had possession of the “first channel having a

not support the Board’s conclusion that the Emanuel PCT

disclosure reasonably conveys to a person of ordinary skill

that the inventor had possession of a “light guide.” While

it does not explicitly disclose a “light guide.” Emanuel

discloses a “light guide,” however, the Board properly

“fibre optic bundle” is a type of light guide. Board Decision,

dispute that various types of light guides were wellknown

in the art. Indeed, the Board correctly found that

the declarations of Hologic’s own experts did not dispute

either point in discussing how one of ordinary skill would

conveys to a person of ordinary skill that the inventor had

possession of a “light guide.”

not support the Board’s conclusion that the Emanuel PCT

disclosure reasonably conveys to a person of ordinary skill

that the inventor had possession of a light guide permanently

rings hollow. The first channel is depicted in Figures 2

further described as terminating in lens 13 at one end and

viewing tube 7, which is an eyepiece or camera connecHOLOGIC,

tion, at the other end. Furthermore, the specification

makes clear that the viewing channel is element 6 in

Figure 2. Element 6 is next to connection 8 for the light

source. Additionally, the specification explains that “[a]

connection 8 for a light source is also present, for connection

to a fibre optics bundle, which provides for lighting at

Taken together, these statements in the specification

a distinct channel for light or viewing, separate

from cutting tools. Accordingly, we find that substantial

evidence supports the Board’s conclusion that a person of

specification, would have understood that the inventor

had possession of a light guide affixed in the “first channel.”

We must also address Hologic’s argument that Figure

1a, which it alleges does not show illumination components,

evidences that the inventor was not in

possession of a “first channel having a light guide permanently

affixed therein” at the relevant time. We disagree

with Hologic’s contention for at least two reasons. First,

that the viewing channel does not depict a light guide or

fibre optics is not dispositive. The written description

does not require that every claimed element be illustrated

in the figures, particularly in predictable arts and where

the element not depicted is conventional and not “necessary

for the understanding of the subject matter sought to

“applicant shall furnish a drawing where necessary for

the understanding of the subject matter sought to be

a patent is required to furnish a drawing of the invention

where necessary for the understanding of the subject

matter sought to be patented.”); In re Hayes Microcomputer

finding that a “microprocessor” illustrated in a figure was

means and other claim elements not depicted in figures).

Moreover, the lack of an illumination component in Figure

1a does not undermine the strong evidence noted

above that supports the Board’s finding that Emanuel

Finally, Hologic argues that the Board’s finding that

Emanuel PCT reasonably conveys to a person of ordinary

skill that the inventor had possession of a “permanently

a cutting device 1 that may be assembled from multiple

cutting device according to the invention in the

from three primary parts: (a) viewing/receiving

however, does Emanuel PCT suggest that the fibre

See id. at 4:26–36. Indeed the specification explains that

which a main channel 5 and viewing channel 6 are defined.

describe the fibre optics bundle component of the

viewing/receiving part 3 as removable. It is connection 8

that enables addition or removal of a light source in

Further, viewing channel 6 ends at one side in a lens 13

and at the other side in a viewing tube 7, on which an

eyepiece or camera connection is placed. Id. at Fig. 2,

lens 13 and viewing tube 7 is evidence that these components

form a unitary part that is not removable. The

specification also describes a connection 8 for a light

source, for connection to a fibre optics bundle that provides

with the viewing/receiving part 3. Id. at Fig. 2. Taken

together, these disclosures in Emanuel PCT support the

a person of ordinary skill, reviewing Emanuel PCT, would

have understood that the inventor had possession of a

In addition to the intrinsic evidence discussed above,

the invention and expert testimony regarding that evidence

further support the Board’s findings. The

’359 patent on its face lists several pieces of prior art,

Mr. Richard J. Apley, each testified that the figures in

Emanuel PCT look more like the figures in Bonnet and

Kuboto than figures in several prior art patents directed

testified that, as of at least September 1998, a person of

ordinary skill in the art would have known that there

for use in surgical procedures: a removable “telescope,” or

Dr. Isaacson further testified that the two types of devices

were readily distinguishable merely by looking at pictures

of the devices. Continuing, Dr. Isaacson explained that,

in looking at the Emanuel PCT figures, a person of skill in

the art would recognize that they have permanently

affixed light guides and lenses, similar to those shown in

Hologic argues that the Board improperly relied on

prior art to supply missing claim elements. We do not

agree. The Board simply considered what the specification

reasonably conveys to the skilled artisan who has

The Board did not err in this regard.

Hologic likewise argues that the Board did not properly

limit its consideration to the four corners of Emanuel

PCT because the endoscope in Emanuel PCT does not

expressly or “necessarily include a light guide permanently

law is incorrect. Rather, we agree with the Board

that the proper test is the one we articulated in Ariad:

“whether the disclosure of the application relied upon

reasonably conveys to those skilled in the art that the

inventor had possession of the claimed subject matter as

For the above reasons, we are satisfied that the Board

applied the correct law and that substantial evidence

We have reviewed Hologic’s remaining arguments and

find them unpersuasive. For the reasons above, we affirm

description support for claims 1–3 and 5–7 of the

priority to Emanuel PCT. Accordingly, we affirm the

the Board’s reversal of the examiner’s corresponding