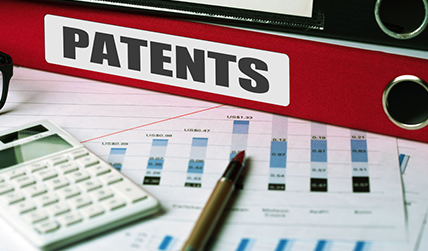 Note: definitely China is the new, hot patent scene.  And while China has
a goal of subsidizing the costs of patents for Chinese companies, the
U.S. Congress is trying to pass a law allowing it to steal patent fees.
Of course, with more Chinese companies filing in the U.S., this could be
a way to help balance the trade deficit. Anyone know the Chinese for
“patent busting”?

SINGAPORE, Aug 25 (Reuters) – China’s telecom giants are building up a
war-chest of patents to help give them an edge in the legal battles raging
between the world’s smartphone makers, aided by Beijing’s push to
transform the country from workshop to innovator.

ZTE was the second highest filer of international patent applications in
the world last year according to the World Intellectual Property
Organization, making 1,863 different filings. Huawei was the fourth most
active filer with 1,528 applications, having been in the top spot in 2009.

Patent filings are soaring across most sectors in China — last year there
were 313,854 patents registered in the country according to the Thomson
Reuters Derwent World Patents Index, a 12 percent rise from 2009.
China was the third highest filer of patents in 2010, just behind the
U.S., which registered 326,945 and Japan with 337,497. Japan has been the
leading patent filer in the world for the past decade but its lead is
narrowing, with its filings volume down 12 percent since 2006. China is
up 83 percent.

The China telecom space in particular is seeing a lot of action as the
likes of ZTE and Huawei, along with Taiwan’s HTC move from being contract
manufacturers for big foreign firms to making smart phones and tablets
under their own brands.

And as they move up the value chain, they use patents to protect some of
the knowledge and ideas they’ve picked up as contract manufacturers in
order to give them room to manoeuvre in the increasingly competitive
market.

“The more this market matures the more you are searching for the margins
and China is now probably the biggest mobile phone market in the world,”
said Papageorgiou.

The flow of China filings means big business for patent lawyers in a
country where trying to enforce intellectual property (IP) rights was
seen by many companies as a largely pointless exercise until recently.

“In the last year and especially this year, demand for IP work is growing
very fast,” said Anthony Chen, a patent lawyer for Jones Day in Shanghai.
Douglas Clark, a barrister specialising in intellectual property cases
who has worked in China since 1993 says the size of the industry has
surged in recent years.

“The last 10 years have seen a huge growth in the number of IP lawyers
employed in firms and in-house,” he said. “At the very top level for
partners there’s very strong competition for talent and strong salaries.”
He estimates an IP partner in an international law firm in China can now
expect to earn around $1 million to $2 million depending on how well their
firm does that year. Partners in some Chinese firms are likely to earn
even more.

The surge in the size of patent portfolios is causing a corresponding rise
in litigation.

ZTE filed a lawsuit in China in April saying Huawei infringed on its
fourth generation technology. The move came a day after Huawei sued ZTE in
several European countries saying its rival had infringed on a series of
its patents.

“Huawei and ZTE have sued each other in Europe and now are taking action
in China because they both made good progress in selling their mobile
communication products and now they’re using patents as a competition
tool,” said Jones Day’s Chen.

These lawsuits are hardly surprising given that their foreign counterparts
such as Apple, Google and Samsung are all trying to use an armory of
patents to stifle competition in the global smartphone industry.

Google Inc’s biggest deal ever, the agreement to buy Motorola Mobility
Holdings Inc this month for $12.5 billion, is an attempt to buy insurance
against increasingly aggressive legal attacks from rivals such as Apple
Inc.

So far though the likes of Apple and Samsung have stayed out of legal
battles in China, wary of finding themselves at the wrong-end of a court
order in a country they rely on for their manufacturing.

But for Chinese firms being sued in Europe or the United States, many
are now using their home turf for retaliation. ZTE has filed a patent
infringement lawsuit against Ericsson’s China unit after the Swedish
telecoms giant filed patent lawsuits against ZTE in Britain, Italy and
Germany.

“I expect more and more Chinese firms that may have ‘lost face’ by finding
themselves as losing defendants in foreign jurisdictions to strengthen
their position in China and take retaliatory action,” said Rouse’s
Papageorgiou.

The influx of patents not only underscores China’s growing strength in
the telecom sector, it also reveals a change afoot in the country’s
attitude toward intellectual property.

While the change is hardly air-tight, China is moving more toward
recognising ideas and their origins, rather than copying and
proliferating.

This is driven in part by China’s plan to become a high-tech power house,
with a target for 2.5 percent of its gross domestic product to come from
research and development by 2020. It’s trying to reach this goal by
subsidising the cost of patents for Chinese companies and stricter
enforcement of intellectual property rights.

“While traditionally in China you are supposed to share knowledge, the
government is also aware that if you don’t protect IP rights you don’t
attract investors and the nation can’t develop the high-tech industries
it wants,” said Isabella Liu, a partner at Baker & McKenzie in Hong Kong.